“The most important tool you have isn’t your gun, your decoys, your ammunition, calls, camo, dog, blind,... you name it. The most important tool for waterfowl success is scouting!” This was part of a conversation over a late post hunt breakfast between some buddies and I back in Michigan years ago. We were rehashing the morning goose shoot when my brother spouted this gem and we all nodded in agreement. I’m still not sure if the nods were a product of his sage advice or if our mouths were just full, either way, it’s true. You can’t kill birds if you don’t know where they are.

I’ve killed more ducks and geese with my pickup and binoculars than anything else. While that may be a tongue in cheek comment, it is spot on. With many early goose & teal seasons barreling down upon us, some even opening before this article goes out, now is the time to take a hard look at what scouting entails.

In its simplest form scouting means driving back roads in the mornings and evenings looking for birds either flying to and from roosts and feed locations or looking for birds on the water or ground either roosting, feeding or loafing. This is easily done on one’s way to or from work or events. In fact, I purposely leave an hour early when daylight permits or take the “long way” home. Dedicating a little extra time coming and going for scouting pays huge dividends when it’s time to hunt. We are all busy, the lives most of us lead are organized down to the minute and leave us very little extra time for frivolities. But in my mind taking the extra thirty minutes on the drive home to pin down some birds means a more successful and therefore, gratifying hunt.

However, lest we assume that simply spending extra time looking for birds will ensure success we need to pump the brakes and lend a more jaundiced gaze to the finer details of waterfowl scouting. For example, there are different things to look for depending on the environment the hunt takes place in. I like to break these environments down into three basic terms; roost, feed and loafing.

For waterfowl, roosts are readily identifiable, they involve water and are where birds are coming from in the early morning and going to in the late evening. I say late because quite often birds, geese in particular, will stay on feed until well after shooting hours, sometimes, when conditions such as a full moon exist, geese and even ducks will stay on feed all night. It can be maddening trying to catch birds going back to roost and therefore I rely more heavily upon morning scouting because, depending on the time of year, birds get up early, especially ducks, and move to feed first thing in the morning. Early morning scouting lets me literally kill two birds with one stone, finding roosts and feed all in a matter of usually minutes as the two are most often within a few miles of each other.

Two important notes on roosts - first, I avoid shooting birds coming back to roost. When left alone on the roost birds will stay in an area longer, weather permitting, fully exhausting feed options before completely moving on, therefore, giving the hunter more opportunity.

Scouting the river bottom and knowing these Canada Geese were feeding made the result of this hunt possible.

Second, during the late season birds will opt to stay on the roost until the warmest part of the day or very late in the day. Case in point, I’d observed several hundred geese feeding in a snow covered picked cornfield several days in a row during the January season. Great! The problem arose when we set up to hunt the birds the first Saturday after I found them.

Being January the light was failing on my drives home when I was observing the birds. They were already in the field so I figured that they had been flying in in the morning and spending the day feeding. Boy was I wrong… we waited ALL DAY in sub-zero temps for those birds to show up. When we finally gave up about an hour before the end of shooting light, you guessed it, they flew in catching us picking up dekes… lesson learned, best to watch them fly into a spot before you commit to hunting it.

While roosts can be a slam dunk, to find feeding areas can be even more simple. Just look for where the birds are feeding. With geese this is most often in agricultural fields that have been harvested. As a general rule geese do not like to feed in cover taller than them. They need to be able to see over the waste stalks to feel comfortable. Even if you do not observe the geese flying into a field most times they are very visible due to size and numbers. In rolling country I strive to find tall vantage points to glass country looking for birds already on the ground. I’ve been known to stand on top of my truck to get a better look.

Although, finding feeding geese can be simple, feeding ducks can be another ballgame. When on the ground even large numbers of ducks hide easily, even in harvested fields. This is where scouting at first light is helpful as ducks are early risers and will often be feeding in fields an hour or two before geese even roll out of bed and the only way to catch them is to see them in the air. Keep this in mind the next time you decide to hit snooze three times before work, you could be scouting!

A couple notes on feeding areas - first, while finding dry land feeding areas can be simple, pinning down exactly where the birds want to be in a field is a little more tricky. I prefer to watch birds fly out to roost at dark and then I go out in the field to the exact spot where the birds last fed. This will most often be the ever elusive “X” and pinning it down will be essential to success the following morning. In the old days before almost everyone and their dog had GPS, we used to mark these spots with little orange surveyor’s flags. These kept us from driving circles in the predawn dark tearing up a farmer’s fields looking for where we “remembered” the birds were last. Obviously, in today’s more technologically advanced hunting landscape we just use GPS. However, you do it, mark the “X,” you won’t be sorry.

Second, finding non-agricultural feeding areas can take some major scouting. Hidden sloughs guarded by oak ridges rich in acorns are always a favorite and more than one eastern whitetail hunter has sat in an October treestand wishing they had a shotgun instead of a bow as the woodies and mallards swarmed in through the treetops to gorge on the fallen nuts. Shallow water marshes where small crustaceans thrive and duckweed and various grasses grow will attract ducks in great numbers. These areas are often hidden from view and take boots on the ground scouting to find but when you pin one down… get ready for some furious action the following morning. Just don’t over gun it, hunt it too many times in succession, and spots like this will produce all season.

By far the most vexing of all waterfowl hotspots to identify are loafing areas. These can be small ponds, river bends, sloughs, even water hazards on golf courses or city park fountains. Loafing areas are where birds go to spend time between roost and feed. These areas provide water, security and rest while the birds digest the morning meal. Geese in particular utilize loafing areas during the late morning and midday. They don’t want to fly all the way back to their roost but need water and so they search it out fairly close to where they feed.

I’ve had by far my most consistent early season goose shooting over loafing areas. Especially later in the early season when the gig is up that hunting season is open. Remember, most early seasons are set up for hunting resident populations of non-migratory geese. Geese can live a very long time and so after the first few days of season, any remaining birds in the area get pretty wary of decoy spreads as some of them have been through the drill for fifteen or twenty years. It’s almost as if when they see other geese in a field they keep their distance until they are sure the other birds are alive. This makes killing these cagey survivors a tall order. However, if you can sleuth your way into a loafing area, these uber leery birds will seem as naive as opening day juveniles. You have to remember that for as long as the molt has been over and the young birds could fly they have been visiting these loafing areas with little or no disturbance, therefore, the confidence bestowed in such a place makes them not even look twice as they dive in for a drink. Keep in mind though that like a roost, once a loafing area has been shot over it will take some time or fresh migrators to come down for it to produce again.

To recap, scouting is the key to consistent limits. If you’re hunting without scouting you’re wasting your time. Perform the due diligence and you’ll reap the rewards of heavy game straps every time. You can’t kill what you cannot find. 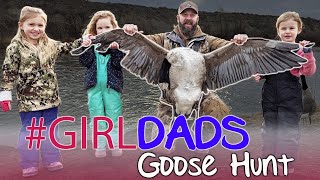 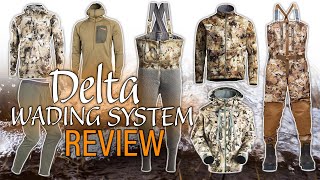